It’s been the most talked about gastronomic partnership to hit Dubai for some time and now we’ve been given a sneak-peek into the signature dishes that will feature on the menu at Nathan Outlaw At Al Mahara at the iconic Burj Al Arab.

Opening on 24th September and with phones already ringing off the hook, this anticipated new look for the legendary seafood restaurant is causing quite a few ‘waves’ on the culinary scene. 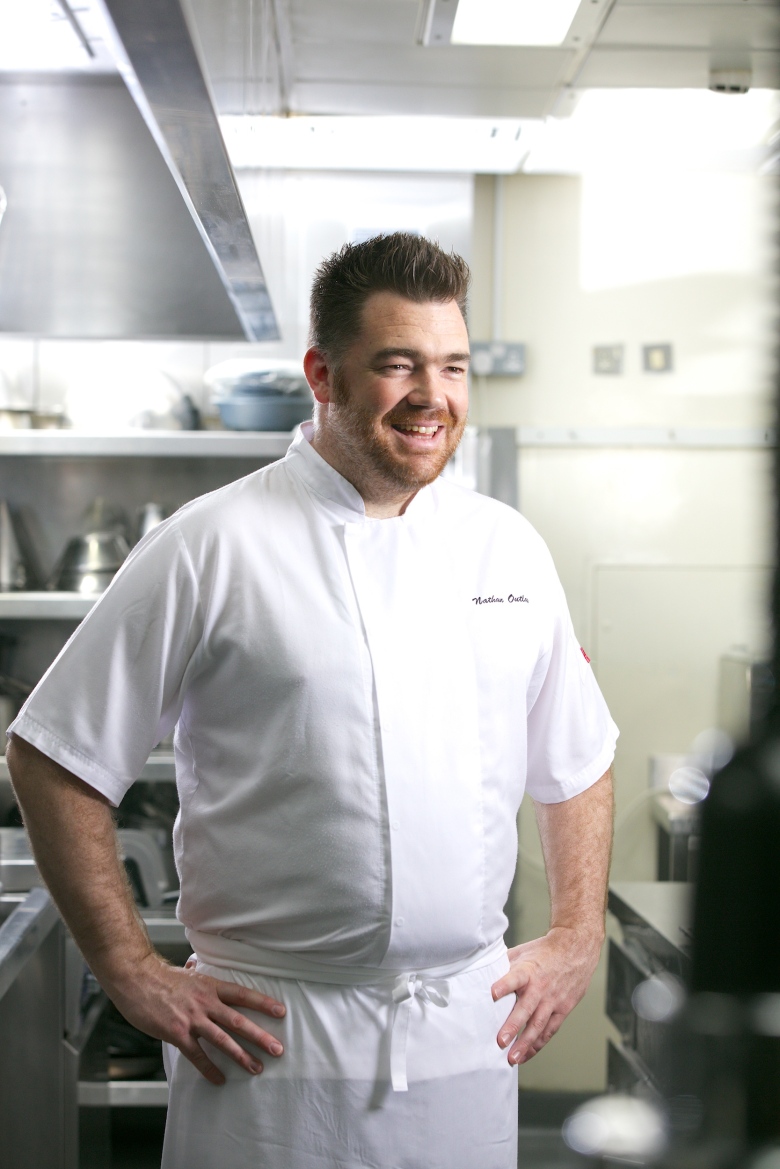 Renowned British Chef Nathan Outlaw promises to bring not only great food but also an amazing atmosphere to Jumeirah’s latest revamped restaurant. The exciting menu celebrates British cooking, reflecting Outlaw’s quintessential style, with most of the dishes on the menu being created especially for Burj Al Arab Jumeirah.

Prepared with zesty oranges, fresh basil, and spring onions, the signature Nathan Outlaw Lobster Risotto is a dish close to Nathan’s heart. He introduced the dish at his first restaurant at the age of 24 with very little investment and the recipe has remained with him to this day.

Seafood lovers are in for a real treat with this unusual oyster dish.Using award winning Porthilly Oysters from his home county of Cornwall in the UK, boasting  a crispy outside and lashings of flavour on the inside, all topped off with Caviar and sides of cucumber and oyster sauce, this dish will truly surprise and delight the tastebuds.

Nathan will be re-introducing a typically British dessert, Sticky Toffee Pudding, to the Middle Eastern palate. This dish is particularly special as the recipe belongs to Nathan’s 11-year-old daughter.  Says Nathan: “My daughter won the Sticky Toffee Championships with it in the UK, so I’m very proud to have it on the menu.” Served with Jersey cream and dates stuffed with apple jam.

Other signature dishes on the menu include freshly-harvested Raw Scallops, featuring herb mayonnaise and tartare dressing, and the Citrus Cured Brill, alongside anchovy, smoked almonds and basil.

Bookings are now being taken for Nathan Outlaw at Al Mahara. Chef Nathan Outlaw will be in the kitchen from 24th September until 3rd October with Head Chef, Pete Biggs there all year round. The restaurant is open for lunch from 12:30pm to 3pm, dinner from 7pm to 11:30pm. The set menu is priced at AED 450 for a three course lunch and AED 650 for a four course dinner.