Land Rover first launched the Range Rover Sport in 2005 and it was designed to be a faster sportier version of its older brother. And what a hit it has been, selling over 300,000 models since its inception.  Just taking a glance at the number of Range Rover Sport vehicles dotted across the emirates will give you an idea of the extent of this car’s popularity. The question is have Land Rover improved what is already the King of the Luxury SUVs?

Well the simple answer is Yes. Yes they have. The Range Rover Sport might well have paved the way for many of the sports utility vehicles we see today but that does not mean they are resting on their lorals. The brand new Jaguar/Land Rover all aluminium structure which we reviewed on the Jaguar XF is present here in the new Range Rover Sport. It means the new Range is over 400Kg lighter than the previous model which in performance terms is nothing short of a transformation. 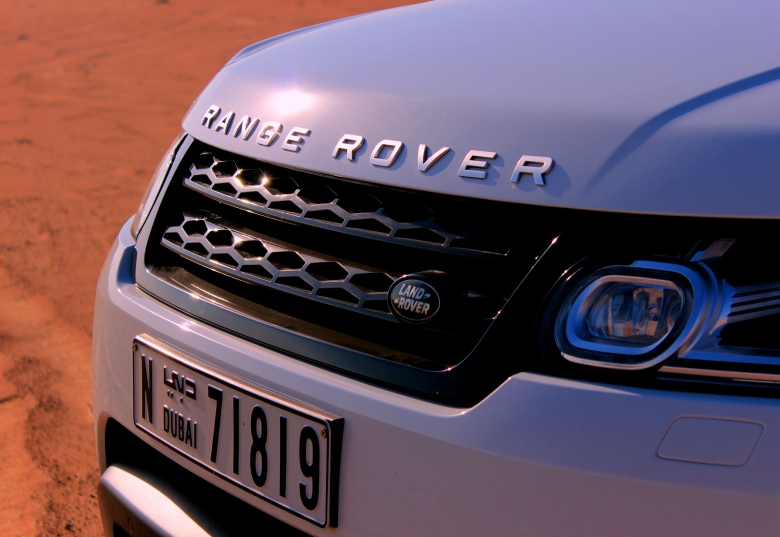 This means fewer emissions, better miles to the gallon and most crucially for the Sport model, more speed. Combine this new lightness with an unbelievably powerful 5 litre supercharged V8 engine and the new Range Rover Sport is ludicrously fast. Almost every time I drove it, from anywhere in the rev range, I kept saying to myself, how can a car this big accelerate this fast? It’s astonishing.  The engine puts out 510bhp in the Autobiography model that we tested with the even crazier SVR model faster still, the Range Rover Sport can certainly keep pace with the fastest luxury SUVs from the likes of BMW, Bentley and Porsche. 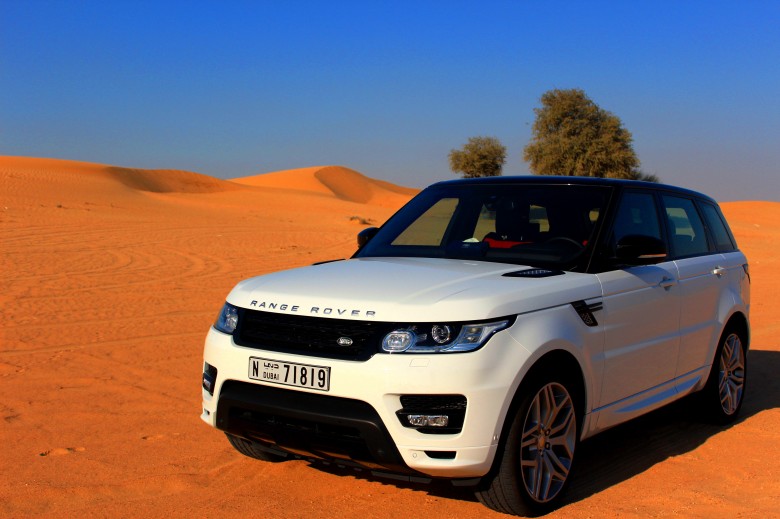 However it’s not just raw power which makes this car blisteringly quick. The designers at Land Rover have slicked back the windscreen, played with the roof line and tried to make the whole car that little bit slicker. Everything is designed to give the driver the feeling they’re no longer in an SUV but more of a sports car. The driving position is lower than in the Range Rover, the cockpit itself envelopes the driver and you really feel like all the controls are within your reach. 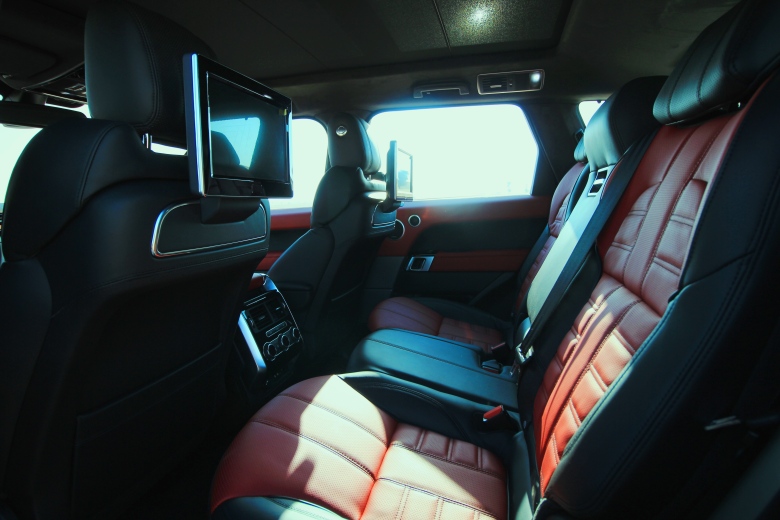 The new lightness combined with huge power gives this car an incredible turn of pace. To get a car that weighs over 2tonnes to do 0-100Kph in 5 seconds is mindboggling. The Dynamic driving mode really helps give the car this racy feel. It sharpens up the throttle response, stiffens the suspension and the steering gets slightly heavier to give the driver greater feedback. But none of these things create the sensation of speed quite like the right engine note. In previous models the sport has remained very quiet but this one makes a fantastic growl. Even in mid revs it sounds like there’s a little F-type Jag trying to get out of this beast.

What makes this car equally impressive is it’s a car of two faces. The Range Rover Sport is equally at home in the desert driving over sand dunes as it is in the city. Even for drivers with virtually no off road experience the terrain response system figures it all out for you. Slip the car into auto and the gearbox into low range and the car will adjust as it goes along. The cameras all around the car give near perfect visibility from every angle allowing the driver to avoid dangers if you do decide to venture off road. True off roaders are not always cars that ride well or give the driver a feeling of comfort when you’re on the road. This couldn’t be further from the truth in the Range Rover Sport. The cabin is a place you simply will never want to get out of. The stitched leather and the quality and finish of the switches is sublime.

The Autobiography pack comes with climate controlled massage seats in the front and rear so even your passengers get to ride home in total bliss. Everything feels at your fingertips, you barely have to move a hand let alone an arm to control the endless gadgets this car has to offer. Land Rover has made this car so easy to control and drive it really is child’s play. The touchscreen centre console is excellent and adds to the car’s high tech feel. The menu navigation can be a little complicated but the all angle cameras combined with the quality of the rear seat screens make it hard to argue with. Unlike some new sports crossover vehicles the Range Rover can comfortably transport 3 adults in the back even with its new sloping roofline, whilst the 784litre boot has room for a whole heap of luggage. So if it’s an airport run you are doing, fear not. The Range Rover also comes with two additional seats as an optional extra so if you are a large family they are incredibly handy and fold away neatly at the touch of a button into the boot floor.

Previous Range Rover Sports models have not always been my preference despite it being such a status symbol. Previous models have sometimes been a little “blingy”, a tad boxy, and always slightly compromising the Range Rover’s refinement for that sporty edge. Well this model is a total triumph. It can climb a mountain like a Range Rover but has all the speed and drama of a sports saloon. I asked could Land Rover really improve their class leading SUV? The King is dead, long live the King.