Women have been having a love affair with their eyebrows for as long as time; The ancient Egyptians, most famously depicted by Cleopatra, wore makeup for its supposed supernatural powers, categorized by darkened and elongated arches painted on by using carbon and black oxide substances  whereas the Ancient Greeks put an emphasis on purity and favoured a natural look, with eyebrows only tamed with a spot of black incense, the uni-brow was also recognized as a beautiful trait, a fashion we are glad was not prolonged to the modern day.

Fast forward a good few years and stars such as silent film queen Clara Blow in the twenties dictated the brow trends with her severely plucked and penciled thin arches in contrast to Dior’s ‘New Look’ in the 1950s which saw Hollywood icons Elizabeth Taylor and Marilyn Monroe top off their full make up look with a strong brow and a high arch. And now, after a brief flirtation with over plucking in the 1990’s (Pamela Anderson we’re looking at you), the bolder brow is back, most largely due to the explosion of international British models such as Cara Delevingne and a nod to the perfectly sculpted brows of Middle Eastern ladies, where natural beauty is left to shine through and thick, dark eyebrows are fluid and only require a little threading or tweezing every now and again.

In a region where eyebrows are quite possibly the most important facial feature, where do you go in the UAE to achieve such a look and more importantly, if you’re not blessed with naturally beautiful Arabic bushy brows, how do you achieve them?

I visited Oliyah Joseph, a self-confessed ‘brow wizard’ and also a highly experienced semi-permanent makeup artist based here in Dubai. ‘Artist’ being the key word here. 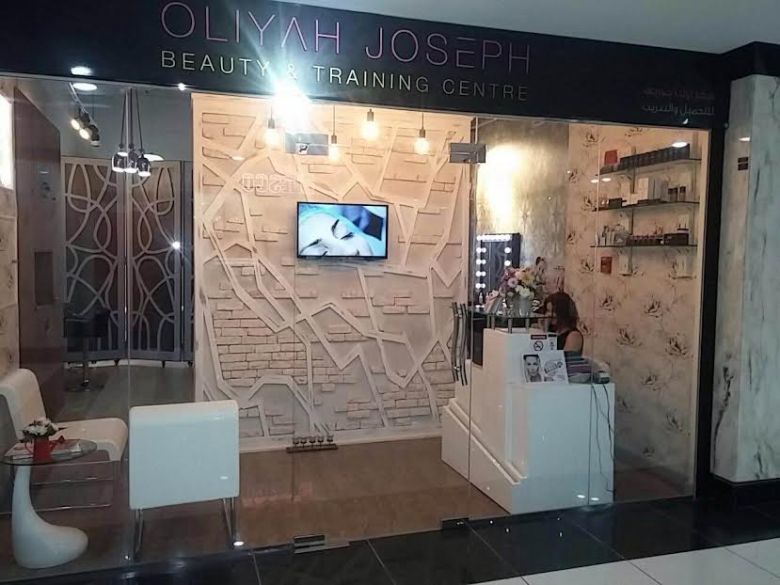 With naturally dark blonde hair, frequently bleached by the sun and yet with darker undertones with each ageing year, my eyebrows are a mid-range brown and suffering from teenage over plucking many, many years ago. They’ve unfortunately never recovered from my best-friend’s handiwork and I have been resigned to my fate of penciling them in each and every morning, buying expensive brow kits only to see it all sliding off my face in the humidity. Not a good look.

So what exactly is Semi Permanent Make up? Well according to the lovely Oliyah Joseph, a professional make-up artist herself and boasting some of the best brows I’ve seen, semi-permanent make up of spmu for short, is also referred to as micropigmentation. This procedure is nothing new, having been performed in parts of Europe for many years but relatively new to this region, is designed to enhance the appearance of not only your eyebrows but also eyes, lips and scalp too as well as offering camouflage to scars and skin discoloration. It is a form of light penetration that results in a natural looking cosmetic effect and lasts for up to two years.

From my worried looking expression, intensified by the whirring sound of a machine behind the curtain identifying a treatment room, I sat down for a chat with Oliyah to discuss the process, her background and what semi-permanent make up would do for me before making the commitment.

Not only is Oliyah Joseph a skilled artisan when it comes to semi-permanent make up, she also runs the only KHDA (Knowledge and Human Development Authority) certified SPMU training centre in Dubai, open to anyone who wants to learn the skill and take it with them in their professional lives, something that she is personally very proud of. 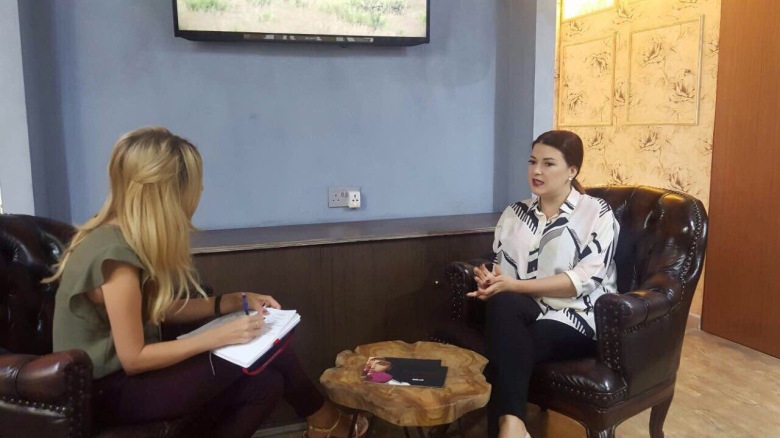 Oliyah, you obviously have a passion for aesthetics, tell me about your background?

I actually started as a professional freelance make-up artist, working in the media, beautifying actors for TV commercials and doing the odd wedding here and there and then after learning about semi-permanent make-up which was popular in the United States of America and in Europe at the time, I was fascinated and knew this was my calling. I learnt SPMU in Italy and Russia, after which I moved to Dubai and opened my training school two years ago, as well as the salon itself.

Is the focus on eyebrows a relatively new thing for the Middle East?

Absolutely not no. For many women in this region, their eyes are the only part of them that you can see in public, windows to the soul if you will and they place an emphasis on heavily made up eyes framed by beautifully sculpted brows.

Do you have one nationality that frequents the salon more than others?

We have a lot of Russian clients, and as I say this is a service that has been available in Russia for quite some time now so this does not surprise me. We also see a lot of Western expatriates and Arabic clients too; it is a real mix.

How do you match the colour to the natural tone of the lips or hairs of the eyebrows?

We offer an extensive colour range of 118 shades.

If you wanted to learn the art of SPMU, what is the process of training?

It takes 6 days to become accredited, assuming you pass the course. We do it onsite here in Barsha Heights (Tecom) and it’s available to everyone that wants to learn; whether you are a beginner, a beautician or simply an artist looking to gain a new skill. Once the course is completed and you pass, there is a graduation.

I’ve heard about Microblading, is this a technique that is offered here and what is it?

Yes! I love microblading as it gives such amazing, natural looking results.  We use a special microblading pen with a small blade to draw on individual strokes one by one, recreating strokes to look like natural brow hair. It’s a highly skilled process and the results speak for themselves.

After my chat with Oliyah, we took to the chair (and the mirror) for my consultation. The great thing about Oliyah is she really puts you at ease and listens to exactly what you want from your brows. She fully explained to me the different types of treatment and due to the shorter length of treatment duration, minimal discomfort and virtually no down time we decided that microblading would be best for me to create a really natural look. I was asked to sign a consent form stating that I would accept the colour and design offered by the specialist and she began the task of expertly drawing in the shape of my new brows with an eyebrow pencil. I have to say I felt very privileged to have Oliyah herself working on my brows and felt extremely safe in the knowledge that they would transform my look completely.

This process was probably the longest part but also the most important step of the whole procedure. Measuring tools were used and I was educated on the exact length that my brows should be, where the arch should start, peak and end and how close together they should sit. After some negotiating on just how bushy my new brows would be, Oliyah was patient enough to alter until I was 100% happy with the shape, I could already see just how much of a difference perfectly proportioned eyebrows were making to my face and felt quite ashamed at the wonky eyebrows that I had come in with.

We proceeded to the treatment room and I nervously positioned myself on the bed. With SPMU a topical numbing cream is applied to the area to minimize discomfort, however, you are advised not to have this with micro-blading to achieve the best results for each stroke. As I was quite nervous Oliyah agreed to apply it anyway for a ten-minute period. 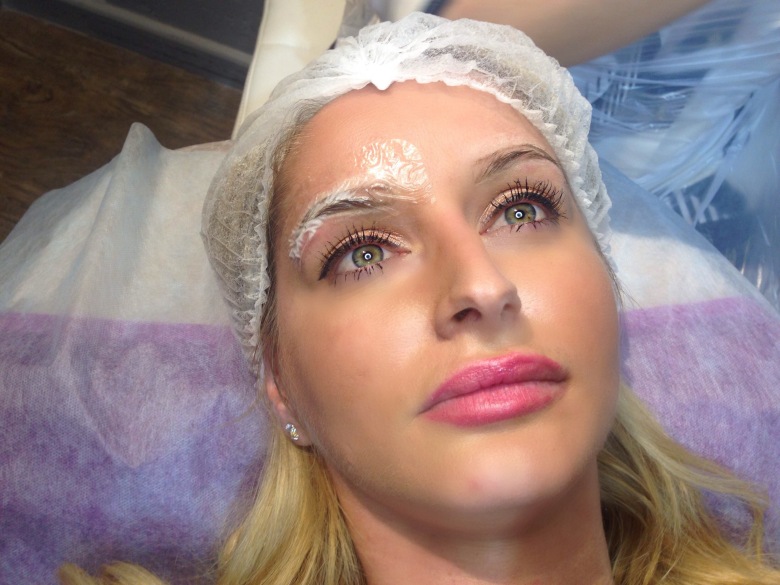 It is recommended that before any kind of SPMU treatment thatn you not drink any caffeine to prevent bleeding during the procedure, once happy that I had refrained from my usual eleven cups of coffee that morning, we began. A shower cap was applied to my hair to stop any stray bits of pigment discolouring my fair tresses. A tiny blade is used to cut the skin and pigment is applied to the hair like strokes within the boundaries of the template that has been drawn on. It sounds worse than it is, in fact it didn’t hurt at all. It isn’t pleasant, more so because of the cutting noise itself but it most certainly doesn’t hurt and after the first few strokes I relaxed.  Each side is done individually and once finished, after perhaps ten minutes on each brow, a secondary anesthetic is applied, one that is suitable for open skin, before the second round of strokes are applied. All the time throughout the treatment, Oliyah explained to me what was happening so that I felt in control, a skill that comes from her personable nature.

All in all, it takes about 45 minutes for the treatment itself to be finished and before you’re presented with a mirror, Oliyah explains that the appearance of the initial procedural area will appear slightly darker at first than the subsequent healed version, this is the case for all permanent cosmetic procedures. This is because, to apply pigment in the upper dermis of the skin, you have to implant it through the epidermis, or the top layer of the skin itself. This epidermis layer of the skin collects then exfoliate dead skin cells as new cells are produced. As these dead skin cells are exfoliated, tiny particles that are trapped in the epidermis are also discarded. When the total process is complete, after approximately one month, only the pigment in the epidermis will remain. As a result, the density of the pigment is less and the appearance of the healed procedure appears lighter.

I could immediately see the difference; my entire face was transformed. My cheekbones seemingly popped back out and my eyes appeared more prominent. I couldn’t quite believe the difference that eyebrows can make and asked myself why I had not done this earlier. Noticeably, Oliyah was extremely proud of her work, a true artist.

She gave me a cream that was to be applied on the treated area to help speed up the healing process and to go some way to prevent any scabbing, which I was actually lucky enough not to have.  I was told the pigment underneath would appear faint, even seemingly disappear after around five days but that the colour would return shortly after. A ‘touch up’ procedure is also required around 30 days after the treatment, which is included in the price at Oliyah Joseph Beauty & Training centre if done within the first two months.

A week on and I’m in love with my new eyebrows, I’ve barely had to use any make-up in the mornings and people keep commenting on how awake I look, which trust me, never happens. The pigment has faded quite significantly which as I was advised would happen before, I am comfortable in the knowledge that it will return to the perfect shade of caramel brown.

I can’t wait for my touch up appointment with Oliyah to see the final result of the procedure and can thoroughly recommend both microblading and semi-permanent make up to anyone that is unhappy with the colour of shape of their eyebrows, eyes or lips.