Dubai Opera House has opened it’s doors after the most anticipated opening of the year and has seen a bevy of eager  media and guests pour through it’s beautiful doors the last week.

The opera house itself is shaped like a dhow, a traditional wooden boat used for centuries in Arabian Gulf waters, paying homage to Dubai’s maritime history and the exsqisite vision of architect Janus Rostock. It’s beautifully sculpted glass roof curves in the shadow of the imposing Burj Khalifa, another fantastic new addition to the Downtown Dubai area. Located at what is billed as ‘the most prestigious square kilometre in the world’. 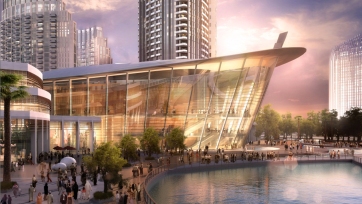 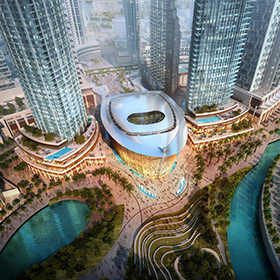 Seating 2,000 this impressive building can even be transformed to a concert hall and even a venue for a wedding. Now there is a thought. Each of these 2,000 seats has relatively uninterupted views of the stage, however there are special VIP box seats flanking the auditorium that make the perfect setting for a special occasion. And let’s be honest, what is more special than a night at the opera?!

Following on from a triumphant opening night which saw vocal legend Placido Domingo take to the stage with a sold-out show, the full programme of events has been announced.

From the mesmerizing Coppélia mid September, performed by the Russian State Ballet and Orchestra of Siberia, a captivating family ballet based on a story of an eccentric toymaker who has build a life-sized doll and daydreams of her coming to life, to the Mozart Gala on the 23rd, performed by Vienna Concert Verein where you are invited to revel in overtunes, arias and duets from The Marriage of Figaro and The Magic Flute alongside movements from his famed Symphony No.41.

Perhaps one of the most exciting shows of the season is Les Misérables, the world’s most popular musical. For the first time, this iconic blockbuster musical comes to Dubai and promises to be quite the night. Based on Victor Hugo’s classic novel, it is an epic and uplifting story about the survival of the human spirit. Don’t miss classic songs including “I Dreamed a Dream” and “Bring Him Home”. 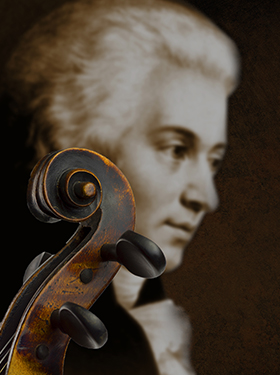 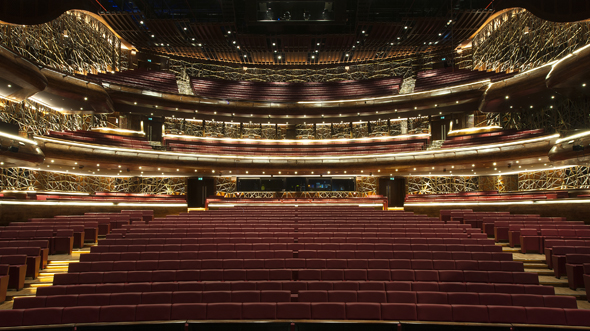 And with even more fantastic firsts set for 2017 including West Side Story, Dubai Opera House has well and truly catapulted Dubai onto the worldwide arts and entertainment scene.