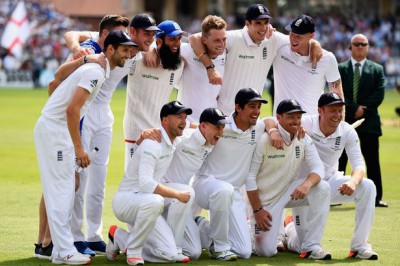 With England taking an unassailable 3-1 lead with 1 test left to play does the series spell a real change in the England team’s fortunes following a whitewashing in Australia and a humiliating exit in the World Cup or is it simply papering over old cracks?

This ashes series has certainly highlighted that home conditions make for a big advantage in modern-day test cricket. The only ashes series won away from home by either side in the last 14 years was England in 2010-2011. The stark differences in the playing surface and how this has aided the English bowling attack and hinders the Australians has been clearly evident.

At Edgbaston and again at Trent Bridge, Australia’s batsmen continued to play attacking strokes even when the ball was swinging and seaming and it cost them dearly. In Birmingham the pitch required players to know when to leave the ball alone or if drawn into playing, playing the ball as late as possible. All too often the Aussie batsmen were caught in the slips attempting to drive the ball. In sharp contrast to this when the ball wasn’t swinging, in the 2nd Test at Lords, Rogers and Smith in particular made hay playing the ball on the up. During the lords test on a flat slower pitch England failed to bowl Australia out twice and ended up losing inside 4 days by a massive 405 run margin.

The English batsmen have found it equally difficult to adapt in Australian conditions in recent years. The last ashes series down under England were completely dismantled on fast bouncy wickets, like the Gabba in Brisbane, by the Australian fast bowlers. The pressure for results in international sport is so great now that England and Australia are not alone in preparing pitches that suit their teams’ skill sets.

For the sake of the contest as a whole there needs to be a fair contest between bat and ball. The ashes series have always provided the cricketing fraternity with some of its most fascinating matches. If the outcome of these series start to become predictable test cricket, whose popularity is already in decline, is in danger of losing more followers to shorter formats of the game. Former England spinner Graeme Swann summed up the situation perfectly this week. “The Aussies come here and nick everything. We go there and get bumped out. That is it in a nutshell”.

England’s next two series will give the cricketing public a much better guide of the teams’ apparent progress where conditions will certainly not be in their favour as they have been this summer. In October, England travel to the UAE to face Pakistan on what will be slow turning pitches. The last series England played there in 2012 they were whitewashed 3-0. In fact Pakistan remains unbeaten in their new adopted home.

This is also where England’s lack of a frontline spin bowler is going to count against them. Moeen Ali is nowhere near the calibre of a Saeed Ajmal and on pitches which will nullify England seam bowlers Alistair Cook needs one if not two good spinners to throw the ball to. This is where Ben Stokes’ improved bowling return is going to be so important to the England team. The all-rounder offers a 3rd seamer to aid Broad and Anderson but frees up the selectors to pick a second spinner over a quicker bowler which most pundits agree should be Rashid. Although still very raw, he does have the ability to turn the ball a long way and on the slow pitches England will encounter its important have a spinner who can take wickets not just hold down an end. 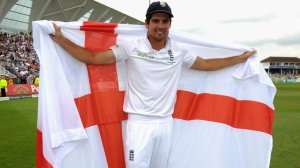 England’s follow that series with arguably an even more difficult tour of South Africa over the Christmas/New Year period. South Africa has been, for some time now, the number one ranked team in the world and with good reason. They have lost just two of the last thirty test series home and away and will certainly present England’s toughest challenge in the coming months.

England coaching set-ups of the past have been guilty of resting on their laurels and not planning ahead. A classic example of this was the famous 2005 ashes win, whilst England were still celebrating Australia were busy planning their revenge. England went down under for the return series with high hopes and was whitewashed 5-0.

The last test of this current series is now effectively a dead rubber with the famous little urn secured. Trevor Bayliss and co should be looking to experiment and prepare for the next series. Use the match to perhaps bleed a couple of the youngsters. England still has issues with their opening pair, Lythe has underperformed throughout the series. Moeen Ali is wasted batting at number 8. Without an out and out faster bowler Wood, Broad, Anderson and co can seem a little too similar on pitches that don’t offer sideways movement. If the team harbours ambitions of becoming the worlds’ best then they must learn from their own mistakes and the mistakes of the Australians in this tour. They must begin to adapt their skills, captaincy style and team selection to meet the needs of playing on different pitches because the ability to win away from home is the difference between a good side and a great one.